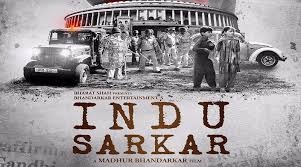 Censorship is not new to India. Clamping down on literature or cinema critical to political ideologies and uncomfortable to obstinate religious fanatics sadly has become an accepted practice. Governments over time have cultivated the bad habit of banning such art and ideology to protect their votebanks.

The watershed moment in India’s history was when the Rajiv Gandhi government in 1988 banned the book Satanic Verses by Salman Rushdie on the basis of a ‘fatwa’. Instead of upholding the writer’s freedom of expression, the government pursued the agenda of appeasement. Later, even the author was barred from entering India. Though it was not the first such instance, it was the one which set precedent.

The move emboldened the fringe elements of the society. Elements who were operating behind closed doors were given a foothold to operate in the mainstream. By giving the fringe a platform radical and anti-social elements got space to spew their tirade of hatred and medieval conservatism.

But, of late, it is seemingly becoming difficult to differentiate between the fringe and some political outfits. In the name of saving cultural identity and heritage, they terrorise people belonging to other communities. Youngsters are harassed in public by these goons under the garb of upholding tradition and culture. This vocal bunch of regressive people hold back the intellectual thought process and progress.

However, their recent targets of ire have been the movies. Trying to remain relevant the fringe is targeting films over petty issues. They sometimes even do have political backing.

For instance, in 2013 when the movie Vishwaroopam was about to release it ran into trouble. First, a Tamil fringe group named Hindu Makkal Katchi had a problem with the title. The title wasn’t Tamil enough for them. Later many muslim groups in the state of Tamil Nadu protested the release of the movie on the pretext that their sentiments would be hurt. Though the movie had a release in the state, it was banned in several districts by the collectors following state government orders.

It was a shame that state government failed to protect the artistic freedom and gave in to demands of the fringe. And the political outfits still relatively managed to stay away from such matters. But after the Uri terror attack on an army camp in Jammu and Kashmir; political outfits in the state of Maharashtra attacked movies starring Pakistani actors. They forced the producers of such films to pay Rs5 crore to the Army Welfare Fund. The movie Ae Dil Hai Mushkil  starring Ranbir Kapoor was affected the most by this move.

This however pales in comparison to the opposition shown by political parties for the movie Indu Sarkar directed by Madhur Bhandarkar. The plot of the movie was set in the backdrop of the Emergency imposed by the former Prime Minister of India, Mrs. Indira Gandhi. After the trailer for movie was out, members of the Congress party tried their best to stop the movie from hitting the screens. If that could not be done they wanted the references to Indira Gandhi and Sanjay Gandhi diluted.

Various tactics were attempted to get the director to agree to their demands. Letters were sent out to the CBFC demanding special screenings to ascertain the content of the film. Pressure was put on the director by few Congress party leaders to remove certain portions of the movies. The courts were approached as a final resort to stall the movies’ release.

Though the movie managed to get released; it sadly was released with 12 cuts and 2 disclaimers. The disclaimers were basically sending out a message that everything in the movie was fictional denying the historical evidence of the Emergency era. But movies today sadly have become a scapegoat for political parties either to score brownie points or to stay relevant.

Today we are celebrating our 70th Independence Day. Yet our freedom of expression is muzzled by political parties if the content published or exhibited portrays them in a negative light.

This Independence Day we have pledged to create a New India. Let us also pledge that we will not let content to be curated to satisfy the wants of political parties.

An aspiring journalist bit by the bug of Indology. Love to ponder upon moments of life philosophising about them. I am an avid cricket buff and look forward to new and exciting adventures through reading and travel. I like writing on political events, climate, and personal thoughts on life and literature. View all posts by iamvhardik