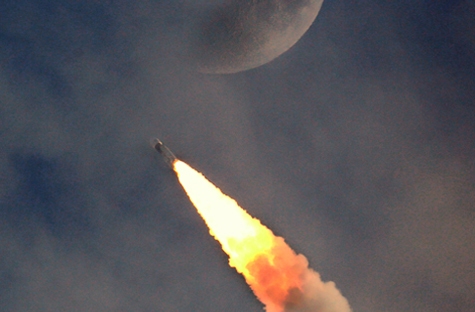 The time is 23:22, sixth day of September in the year 2019. Approximately two hours to deadline of the event that is the cynosure of eyes across the world. The world is excited. It is waiting with bated breath to see the latest scientific marvel become a success.

The dimension of space is back in international discourse. In recent times, developments have taken place which have reignited the debate on the space race and the weaponization of space. India recently tested its A-SAT (Anti- Satellite) missile and gatecrashed the cozy club of USA, Russia and China. President Donald Trump ordered the formation of a Space Defence Command with the aim of securing America’s strategic interests in space.

No one can deny that the space race is heating up once again. The developments articulated signify it. While defence has become an added dimension in present day discourse, let us look at what is happening in the world of science. While space agencies such as NASA, EESA are ceding space to firms like SpaceX, the Indian space agency ISRO has been in the news for its success story.

Coming back to the story of the moon and in the race to colonise it, India has jumped on to the bandwagon. It all began with a previous mission of the ISRO. The Chandrayaan 1 launched in October 2008 , India’s first mission to the moon set off things in motion. While proving to the world the moon was once completely molten, it also made a startling discovery of the presence of water ice under the surface of the moon.

This prompted the Indian government and ISRO to announce a second moon mission. The objective this time being exploring the surface of the moon. It was named Chandrayaan 2. But what makes Chandrayaan 2 so special?

Chandrayaan 2 is not the first rover mission to moon. The accomplishment has been accomplished by countries like USA, the erstwhile Soviet Union and China. A successful landing would make India the fourth nation in the world to land on the moon. The milestone would establish India as a global space power. It would be marked as a significant event in modern Indian history.

The other thing of note which makes Chandrayaan 2 interesting is that the orbiter, the lander and the rover, the integral parts of this moon mission are built using indigenous technology. Launch vehicle for the mission GSLV Mark-III powered by indigenous cryogenic technology put the Chandrayaan apparatus in space.

But what marks the event as epochal and historic as the news channels and science enthusiasts put it?

Why is it that NASA and European space agencies are excited about India’s moon rover mission?

The answers to these questions lie in the feat that ISRO and India are trying to pull off. For the first time since the existence of humanity, mankind is exploring the hidden southern side of the moon. It is a territory that has remained unexplored and invisible to the eye.

When Chandrayaan 2 descends and the lander Vikram makes its landing on the Southern pole of the moon India will be creating history. India will become the first country in the world to venture into this uncharted territory and explore the surface of the moon. It will try to build on its evidence collated from the earlier space mission and also may determine the scope and objective of America’s second human moon landing mission Artemis.

With 50 minutes remaining on the clock I conclude this piece while waiting wide-eyed to the see the spectacle of the lander Vikram making a soft landing on the Southern pole of the moon.

An aspiring journalist bit by the bug of Indology. Love to ponder upon moments of life philosophising about them. I am an avid cricket buff and look forward to new and exciting adventures through reading and travel. I like writing on political events, climate, and personal thoughts on life and literature. View all posts by iamvhardik